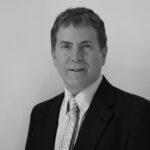 Editor Mark Hulbert quickly became a sought-after analyst of the stock, gold and bond markets. Since 2002 he has been a senior columnist for MarketWatch, and while at MarketWatch he also has had a regular column for the Money & Investing Section of the Wall Street Journal and a monthly investing column for Barron’s. In addition, between 1998 and 2007, he was the “Strategies” columnist for the Sunday New York Times’ Business Section, and from 1987 through 1998 he was a bi-weekly columnist for Forbes magazine.

One of the most distinct patterns that Mr. Hulbert soon noticed in his newsletter monitoring was the inverse correlation between the markets and the consensus opinions of monitored newsletters: They tended to be most bullish at or near market tops and most bearish at or near bottoms. This led him in the 1990s to create his now-famous Hulbert Sentiment Indices, and they have been updated on a daily basis ever since. In addition, he has retroactively calculated those indices’ daily values back to 1985. Those historical values are made available to paid subscribers.